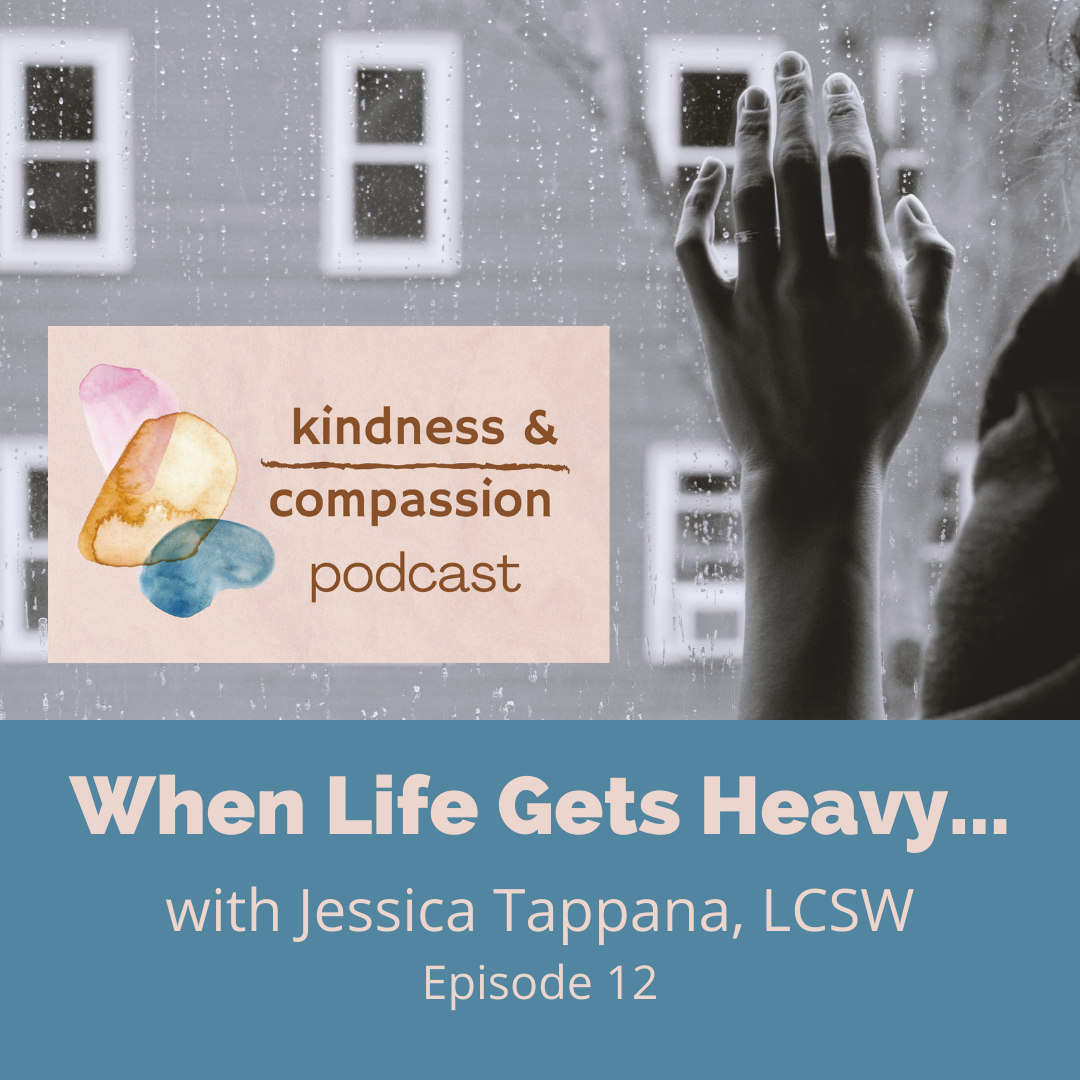 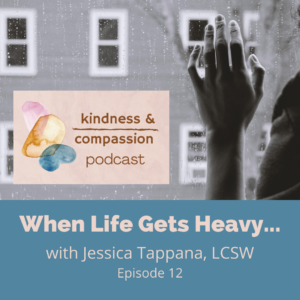 In this episode, Gordon talks with Jessica Tappana, LCSW about what we can do when faced with hard and heavy things in life. Jessica opens the show by speaking about how spring can be a heavy time for many of us. In general, the world needs more kindness and compassion; however, we only have so much energy in the day. We can choose to be upset about something or find ways to be compassionate about them. Then, Jessica dives into her passion for DBT and how it has helped Jessica learn more about mindfulness. Tune in as we chat about texting gratitude to others, avoiding negativity bias, and teaching our children about kindness. 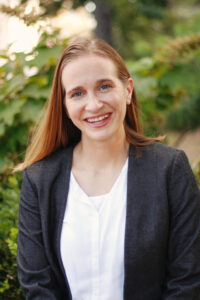 Jessica Tappana is a Licensed Clinical Social Worker who works with teens and adults from all walks of life who have been through something that feels overwhelming. Her goal is to help people stop dwelling on negative thoughts and start helping them get back to living life.

“I received a bachelor degree in Social Work from the University of Missouri and then spent a couple of years gaining experience in the field of mental health. I returned to school and earned my Masters of Social Work from the University of New England with a clinical focus in 2012. My mental health experience has ranged from working at Fulton State Hospital to a school with students who had significant emotional and behavioral needs. Everywhere I have worked, I have brought a focus on evidence based counseling practices and a commitment to helping people face and overcome the greatest stressors of their lives.”

You can find Jessica at:  aspirecounselingmo.com/jessica-tappana-msw-lcsw

Find Ways To Look At Situations With Compassion

There’s so much heaviness in the world. When spring comes around, many of us can feel it. People are tired people, and everyone has gone through this rough winter. It’s so easy to focus on that heaviness. We talk about self-care all the time; we’re all doing our best—the world in general needs more kindness and compassion. We only have so much emotional and mental energy in the day. There are many things you can choose to be upset about. Instead, you need to find ways to look at situations with as much compassion as possible.

How DBT Helps With Mindfulness and Re-Centering

DBT stands for dialectical behavior therapy, which was developed in 1993. When Jessica was first introduced to the practice, she was amazed. DBT helped Jessica learn about living in the moment and mindfulness. Plus, DBT is excellent for looking at and normalizing having big feelings. We all have triggers in our lives that will make us feel stressed. DBT is all about having those big feelings and coming back to mindfulness, deep breathing, and re-centering.

Texting Gratitude To Others & Sending Kindness Into The World

Jessica had a client with suicidal thoughts. These thoughts are much more common than we acknowledge or talk about. When the client had suicidal thoughts, they decided to text three people. The client would send texts about gratitude. Then, they would get lovely messages in return. If Jessica has a bad day, she will send something kind to another person. We tend to get focused on what we need from other people. Well, there is something to say about sending kindness into the world.

Ways To Stop Dwelling On Your Negative Thinking

We have a negativity bias. If twenty good things happen throughout the day and one bad thing, our brain tends to focus on the bad thing. Focusing on kindness and compassion will remind our brains that positive people are in our lives. If we can bring joy to others, it could completely change their day. You have no way of knowing how other people are feeling. Plus, being kind to other people will help your brain focus on something positive. Overall, express gratitude for bringing you out of your negativity.

Teaching Your Children About Kindness and Compassion

Kindness is one of Jessica’s core values. As Jessica raises children, she thinks about how to raise kind children. She always asks her children what they did today that was kind. Yes, it matters that they are doing well in school. However, Jessica wants her children to be kind and decent human beings at the end of the day. All of Jessica’s family members talk about what kind things they did today. Unfortunately, our brains can focus on negativity far too often. So, thinking about being kind and talking about kindness will help us focus on positivity and compassion.

Ultimately kindness is an intentional act.  And we can live into kindness by being more self-aware and mindful about our own triggers to things.   By being positive and looking for the good in things, we can call live into a life treats ourselves and others with kindness and compassion.

Gordon (00:00):
Hello, everyone. And welcome again to the kindness and compassion podcast. And I'm, I'm so happy for you to get to know one of my good friends, one of my dear friends, Jessica Tepa and Jessica is another therapist and she is based in Missouri. So welcome Jessica to the podcast.
Jessica (00:19):
Thank you so much. I'm so excited to be here and, um, I love what you're doing and just excited to be part of it.
Gordon (00:27):
Yes, yes. Thanks. And you know, when I, as I've said in previous episodes, I, you know, as I was conceptualizing putting this podcast together, Jessica was kind of on the front end of that and just, uh, Jessica and I are in a mastermind group together and I was sharing with them, their idea, and I got a lot of encouragement from her and the other members of, of the group, uh, to move forward with this. So Jessica's kind of been part of this to some degree on the, from the beginning stages, but, um, Jessica tell folks a little more about you and what you do. And, uh, then we'll jump into just talking about some of the things we were thinking about before we started recording.
Jessica (01:13):
Yeah. Um, I wear a lot of different hats. I am a, um, therapist, as you said, I own a group practice with about, uh, 10 clinicians now in Missouri. And, um, I have been doing that for, well, my daughter turns five next week and I hope it kind of on my mater leave, did a lot of the groundwork for it, with her. And so about five years, I also have another business where we help therapists around the country get their websites. So they show up on Google. And then, um, I would say my most important roles probably are that of mother and wife, um, at home.
Gordon (01:50):
Yes. Yes. It's, uh, I know that I get, uh, I'm privileged to get, to hear a lot of good family stories from Jessica and what's going on with their kids and that sort of thing. But you know, one of the things we were talking about is we, um, got ready to record today is just, um, as we're recording this where there's a lot of heaviness in the world, um, we're dealing with, um, the invasion of Ukraine from Russia. Um, that's on the front of burner. I think we're kind of moving out of the COVID pandemic to some degree. Um, you know, there's still pockets of it. And I know you guys were hit particularly hard there in Missouri with just a lot of people, not being vaccinated and, and all of that sort of thing. And then just, um, day to day life. Um, and so Jessica, as you, as you thought about this today, and I, I know you said there was something happening, happening there locally for you guys. So what's, what's been on your mind just around this topic.
Jessica (02:55):
Yeah, it does feel like there's so much heaviness in the world. And for some reason I feel like most Springs, we feel it in our practice, the therapists all are just saying like, we're just like, people are tired. People have gone through this, you know, rough winter, every winter feels rough. I think in its own way. I know we're getting snow again in a couple of days here, even though it's, you know, supposed to be nicer weather, that's just Missouri weather for you. Mm-hmm