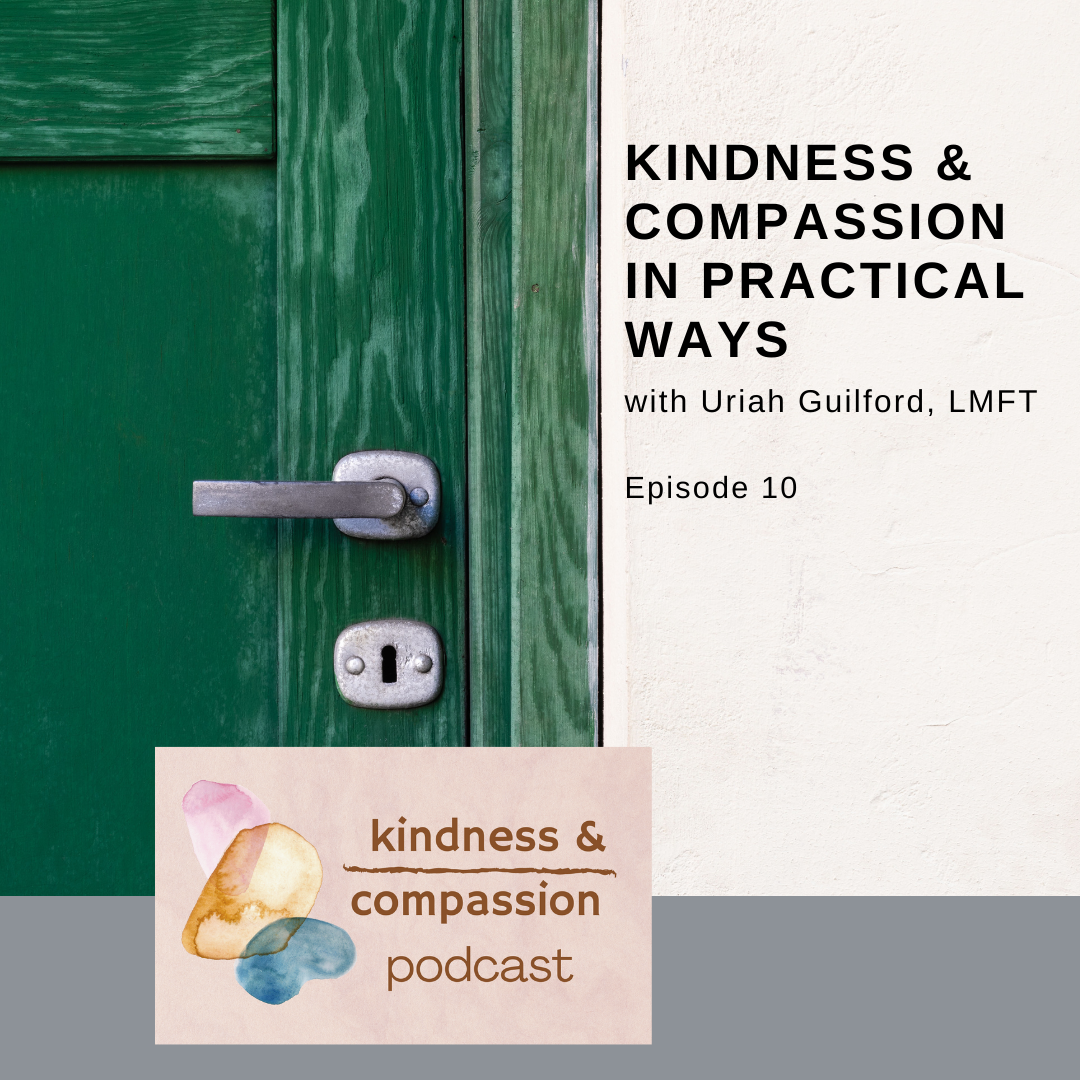 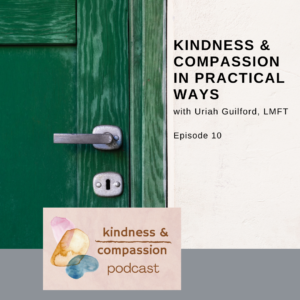 In this episode Gordon talks with Uriah Guilford, MFT, a marriage and family therapist from Northern California, about how kindness and compassion has impacted his life inside the therapy room and outside.  They talk about ways  in which we can all experience “compassion fatigue” and the need to shift to be more other focused on a bigger scale.

Uriah shares a personal story about a mission trip to Mexico with his oldest daughter and what realizations came through serving others. We also talk about how acknowledgement and validation is very profound and healing and how that takes place in therapy. 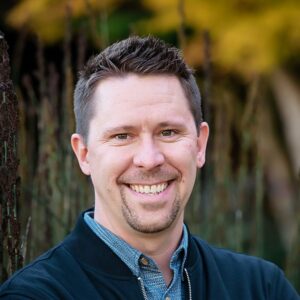 Uriah is a licensed Marriage & Family Therapist with over 17 years of counseling experience.

He has a direct, but gentle approach, using insight and humor to motivate people to make positive changes.

He believes in focusing on people’s strengths and having specific goals in counseling to work towards, making as much progress as possible in the shortest time possible.

He is also married and has two wonderful daughters. You can read more of his personal story HERE.

He works with families to improve communication and connection, as well as offering parent coaching, which can make a huge difference in creating a happy family.

In addition to these focuses, Uriah also works with men in their 30’s and 40’s, helping them to succeed at work and thrive at home.

Some of my most valuable experience came from the 6 years that I spent working in residential treatment centers for adolescents. I did everything with the teens, from cooking for them, going hiking and playing basketball to doing individual, family and group therapy with them. They taught me some amazing lessons about strength and courage in the face of adversity and how to be the kind of therapist that they really needed.

Uriah’s journey is to help teenagers and young adults to cope with and overcome the challenges they face. He is a practicing therapist for over 20 years and has recently shifted to be more in a role of supporting other therapists on his team.

Over the last several years, a lot of us have experienced “compassion fatigue” on many different levels.  In that we can experience vicarious trauma from the news in the world and seeing the suffering of others.  Burnout on the other hand is when we feel overwhelmed with our work and our vocation feels stressful. Uriah and Gordon discuss ways in which they have overcome this.  Ultimately, when we turn our focus outward and put our energy into helping others in practical ways, we can experience something different.

Uriah shares a story about a mission trip that he took with his oldest daughter to Mexico. Doing something for someone on a different scale was eye opening and life changing for him. By doing the job of the framing of the front door for a single mom of four kids that had escaped a domestic violence situation brought a new sense of purpose and was very impactful in forming a new perspective of how he wanted to serve others going forward.

Gordon also shares being on a mission trip to Honduras and how that brought on an overwhelming sense of compassion. Both Uriah and Gordon agree that it is impossible to forget a feeling of obligation to do more and how these were transformational experiences.

Uriah’s Wish for the world is to see a lot more people taking concrete actions and choosing a life kindness and compassion. With the ongoing mental health crisis, his mission is to help other therapist avoid burnout. We need more therapist to be thriving to be able to help our communities. Find out more about Uriah and his work at – productivetherapist.com and guilfordfamilycounseling.com

Gordon (00:00):
Hello folks, and welcome again to the podcast. And I'm glad for you to get to know my good friend, Uriah, Gilford, uh, Uriah. And I have known each other about a year now, but he's another therapist and, uh, has been with me along the journey as I was kind of planning this podcast. And so, um, I knew he would be a good one to be here and tell some of his stories of kindness and compassion. So welcome your eye.
Uriah (00:26):
Thank you so much for having me Gordon. Always a pleasure.
Gordon (00:29):
Yeah. So a as you think about, um, practices of kindness and compassion, and we've talked about this a little bit along the way, um, what, what comes to for you just in your work as a therapist and how it's impacted people's lives?
Uriah (00:48):
Yeah. So I've been a practicing therapist for over 20 years, and I think I, I probably will start introducing myself as a retired therapist because I did stop providing direct services, but for just a little over 20 years, I was a licensed marriage and family therapist. Well, actually the 20 years covers pre-licensed time. Um, and certainly that if you had asked me two years ago, that would be my primary answer would be, this is my role. This is my position as a therapist. And I work with teenagers and families and provide compassion and kindness in, in that sort of context of helping families heal and grow and connect with each other. Um, and then I think that's changed somewhat since I'm no longer an acting therapist and I'm more in a role of supporting the therapist that are on my team. And, um, so yeah, it's kind of, it's kind of shifting mm-hmm