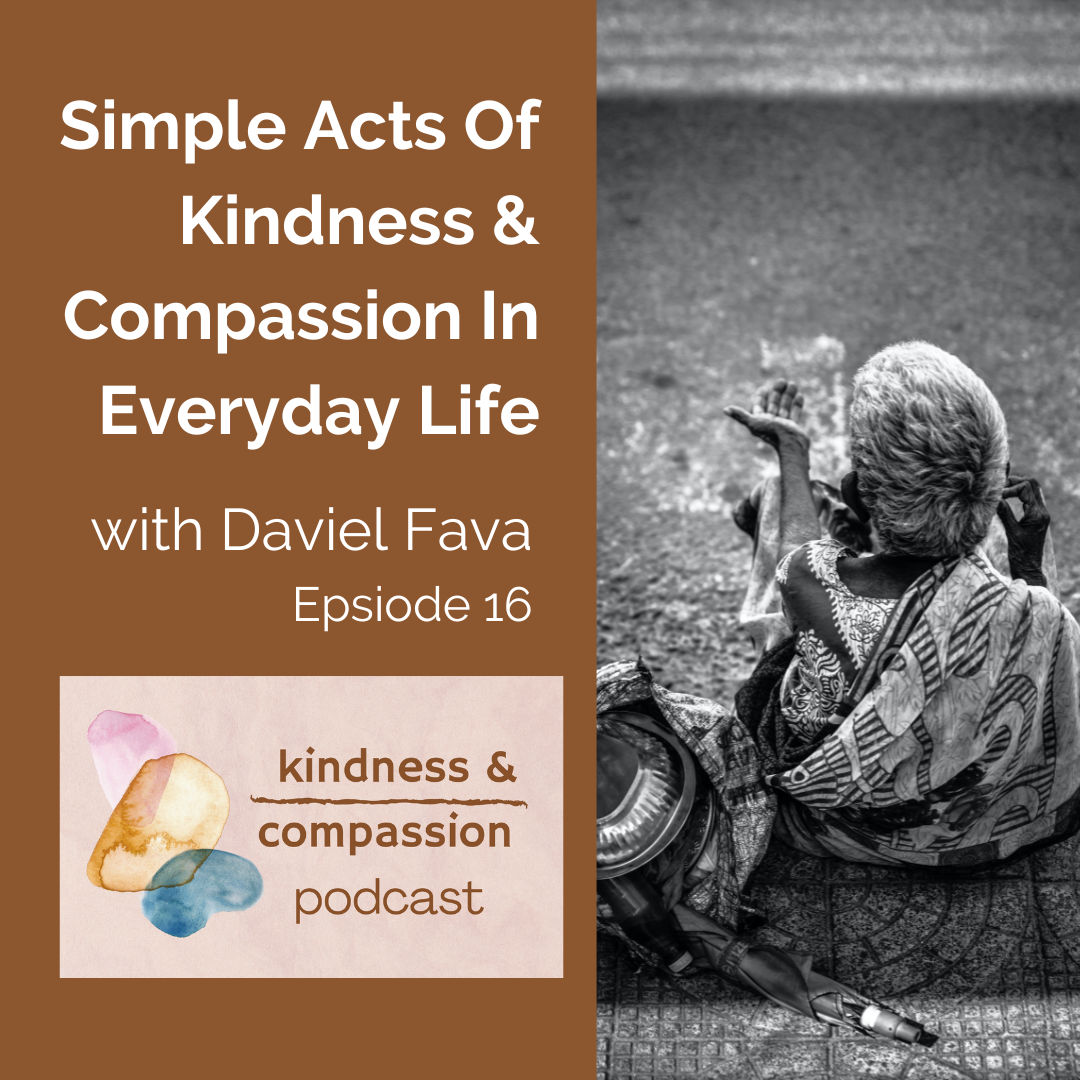 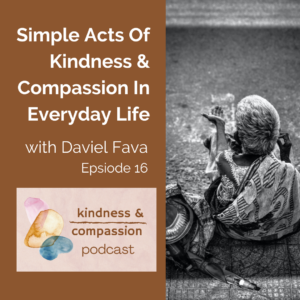 Where am I being kind and compassionate in my everyday life? Daniel Fava, a web-designer and online marketing strategist, is confronted by this very relatable question as he joins Gordon for the next conversation on the podcast. In this episode, Daniel explores with Gordon what he learned about kindness and compassion 13 years ago on a trip to India and how he is still applying it today. Listen in for an encouraging reminder that a small act, when done with love, can be the most powerful act of all. 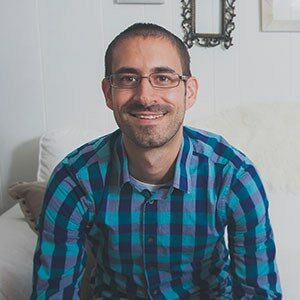 Daniel Fava was born and raised on Long Island, NY and is currently one of just five hockey fans in Atlanta where he currently lives with his wife. After using his skills as a web designer to help his wife launch a private therapy practice in 2011, Daniel decided he want to share those same skills with others. Thus, in 2016 he began a blog called Create My Therapist Website to help therapists learn how to use effective website design and online marketing strategies to launch and grow their private practice. Later he started a podcast to emphasize the importance of going beyond websites and employing online marketing and other strategies for private practice growth.

Coming in solidly as an INFJ on the Myers-Briggs personality inventory, Daniel brews his own beer. Meanwhile, bourbon is his love language—alongside a good hot dog, a good slice of pizza, and a good burger. He’s traveled to 12 countries, including a hike with his wife to the Mt. Everest Base Camp, and he also plays guitar, piano, drums, and bass.

Beginning with his first short-term mission trip to Ukraine in 2008, missions work has been a huge part of Daniel’s life, shaping both who he is as well as the shared vision he and his wife hold for their lives. When he steps outside his daily life and heads abroad on mission, he’s asking the questions: What is God doing in a different location? How can I serve? Share love? Do some tangible work, or help meet needs?

The Ultimate Act of Kindness

In 2009 during a mission trip to India, Daniel spent two days in Calcutta visiting one of the homes founded by Mother Teresa for those suffering with a long-term illness or disability who have no one else to care for them. That’s where he learned about what Gordon describes as “the ultimate act of kindness”—the ministry of presence. Like many of us, Daniel is often task-oriented. He’s used to waiting for directions and looking for someone else to lead the way. However, on his first day in the home, confronted by extreme poverty and human suffering, there was no one to tell him what to do. Self-conscious and out of his element, Daniel jumped in to cross-barriers of language, culture, class, and life-experience to connect with a man through physical contact and simply being present. With his own inner barriers broken, Daniel felt lighter on his second day in the home. He was better able to jump in and be present, even while helping out with a simple task or two—without being focused on himself and his performance.

Refueling our Capacity for Kindness and Compassion

As an introvert, Daniel was on sensory overload during his trip to India. There was no personal space. During this time, he relied on a few key practices that helped keep his inner reservoir of kindness and compassion full. This included getting up early before the rest of his team to journal and find time to be alone with himself and God. As he was faithful to these disciplines, kindness and compassion could continue flowing from his own reservoir to those around him.

Coming face-to-face with extreme poverty and suffering can force us to confront just how much the circumstances of our birth shapes our lives. Daniel wrestled with questions about social justice while he was in India, and while he didn’t find any clear answers, he believes that love and grace can make a difference.

Meanwhile, Gordon shared about powerful lessons he learned during Lent while listening to Henri Nouwen’s book Discernment: Reading the Signs of Daily Life. In the book, Henri shares about his experiences in a L’ARCHE community. L’ARCHE communities worldwide exist to form a network of relationships between members both with and without intellectual disabilities.

Give yourself the gift of perspective. Taking time out to connect with people whose struggles are different than our own—or perhaps more similar than we might think—can be life-changing. Daniel says we won’t regret making the time to step away and volunteer or spend time on mission overseas. He assures us that there’s a gift to unwrap through these experiences that we can’t receive any other way than taking our eyes off of ourselves and being present in the reality of another.