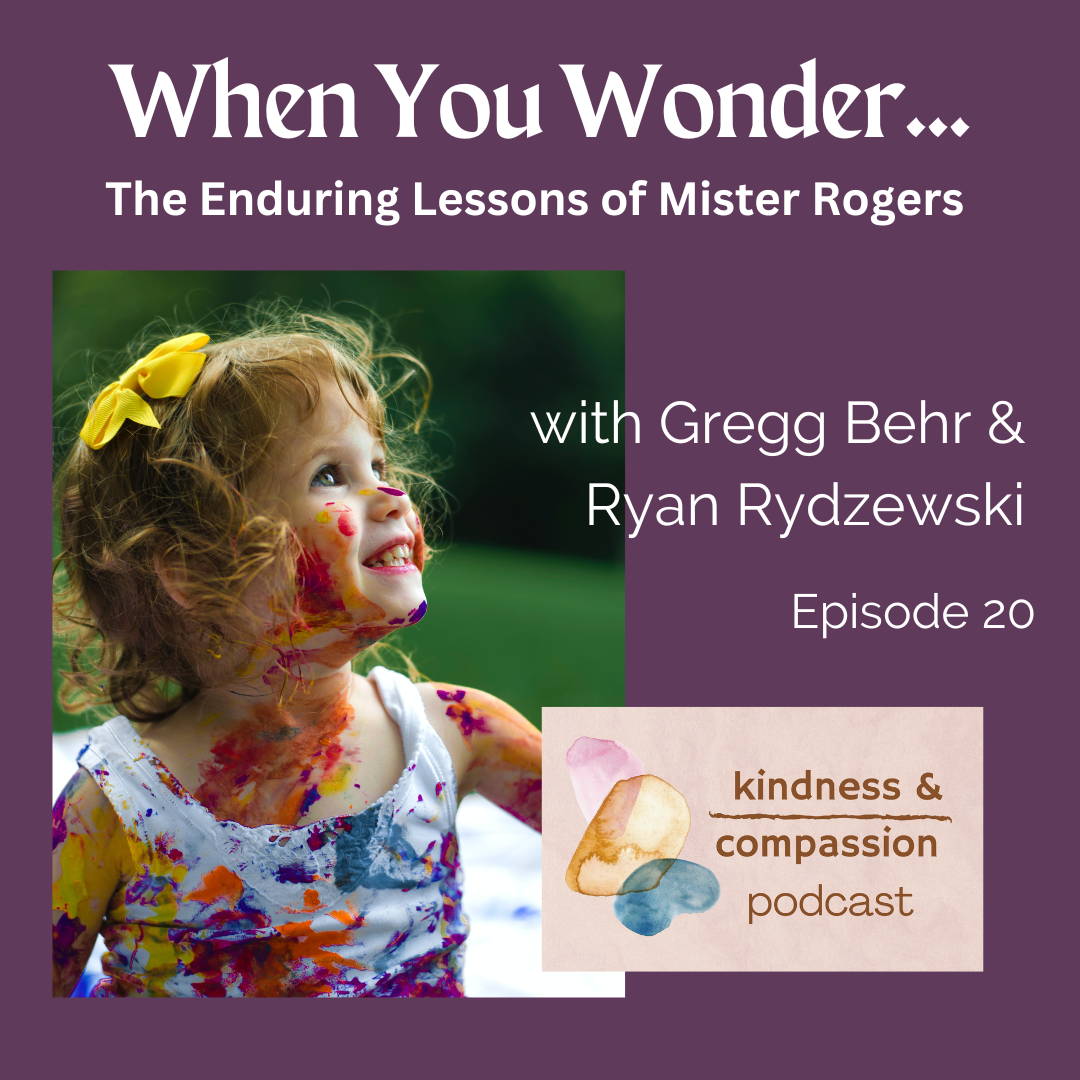 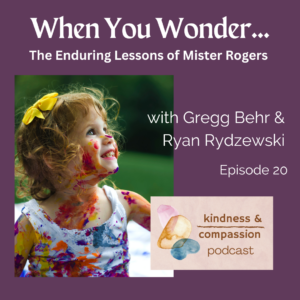 In this episode, Gordon has a conversation with Gregg Behr and Ryan Rydzewski about their book, “When You Wonder You’re Learning: Mr. Rogers Enduring Lessons for Raising Creative, curious, caring Kids”. They discuss unconventional wisdom of Fred Rogers and what he taught in his PBS program for children (and adults),  “Mr. Rogers’ Neighborhood”.   They discuss the importance of teaching children emotional intelligence and how to live into more kindness and compassion.

Gregg Behr, executive director of The Grable Foundation, is a father and children’s advocate whose work is inspired by his hero, Fred Rogers. For more than a decade, he has helped lead Remake Learning—a network of educators, scientists, artists, and makers he founded in 2007—to international renown. Formed in Rogers’ real-life neighborhood of Pittsburgh, Remake Learning has turned heads everywhere from Forbes to the World Economic Forum for its efforts to ignite children’s curiosity, encourage creativity, and foster justice and belonging in schools, libraries, museums, and more. A graduate of the University of Notre Dame and also Duke University, Gregg holds honorary degrees from Carlow University and Saint Vincent College. He’s an advisor to the Brookings Institution and the Fred Rogers Center, and has been cited by Barack Obama and the Disruptor Foundation as an innovator and thought leader.  Visit his website: www.greggbehr.com

Ryan Rydzewski is award-winning author, reporter, and speechwriter whose science and education stories span everything from schools to space travel to Mister Rogers’ Neighborhood. A graduate of the University of Pittsburgh, he taught elementary school in south Louisiana before earning an MFA in nonfiction writing from Chatham University.

In addition to his work for nonprofits — reports, speeches, op-eds, and the like he writes feature stories and creative pieces that have appeared in Pittsburgh Magazine, Hippocampus, and elsewhere.

Ryan was born and grew up in Erie, Pennsylvania.  For almost a decade, he has been living in Pittsburgh, where you can find him writing, running, or lounging in the yard with his wife, Jacqueline, and their (very) old-soul beagle, Walter. Visit his website at ryanrydzewski.com

If you grew up watching “Mr. Rogers’ Neighborhood,” you may remember Fred Rogers as the kind, gentle man who sang songs and told stories about his beloved puppets. But what you may not know is that Mr. Rogers was also a learning scientist who had a deep understanding of how children learn and grow.

When You Wonder, You’re Learning

In their new book, “When You Wonder You’re Learning: Mr. Rogers Enduring Lessons for Raising Creative, curious, caring Kids,” authors Ryan Rydzewski and Greg Behr delve into the lessons that Mr. Rogers left behind and explore why they are still relevant today.

(Being transparent; the link to the book above is an affiliate link. This just means we receive a small commission with no extra cost to you if you use the link. Thanks for using the link!)

As educators and parents themselves, Ryan and Greg understand the importance of fostering a love of learning in children. In a world where there is so much emphasis on testing and standardized measures of success, it can be easy to lose sight of the fact that learning is a process of exploration and discovery. Mr. Rogers’ message of love and compassion is just as important today as it was when he first appeared on our television screens, and his blueprints for learning can help us raise children who are creative, curious, and caring.

Creating a Safe and Welcoming Space

Fred Rogers, the host of “Mr. Rogers’ Neighborhood,” was known for his slow, deliberate approach to teaching and learning, which he believed created an atmosphere conducive to learning and exploration. This included creating a safe, welcoming space where questions could be asked and answered and where children felt like they belonged. In their book, “When You Wonder Your Learning: Mr. Rogers Enduring Lessons for Raising Creative, curious, caring Kids,” authors Ryan Rydzewski and Greg Behr explore the importance of this approach to learning, particularly in an era where there is so much focus on testing and standardization. They also discuss the concept of deep listening and loving speech, which is essential for creating an atmosphere of acceptance and growth.

If you’re a fan of Mr. Rogers or are simply looking for ways to support your children’s learning and growth, this book is must-read. Ryan and Greg’s insights and insights from learning scientists around the world offer a fresh perspective on how to approach education and parenting in the 21st century. It’s a great place to start in teaching our kids the importance of kindness and compassion in an increasingly polarized world.