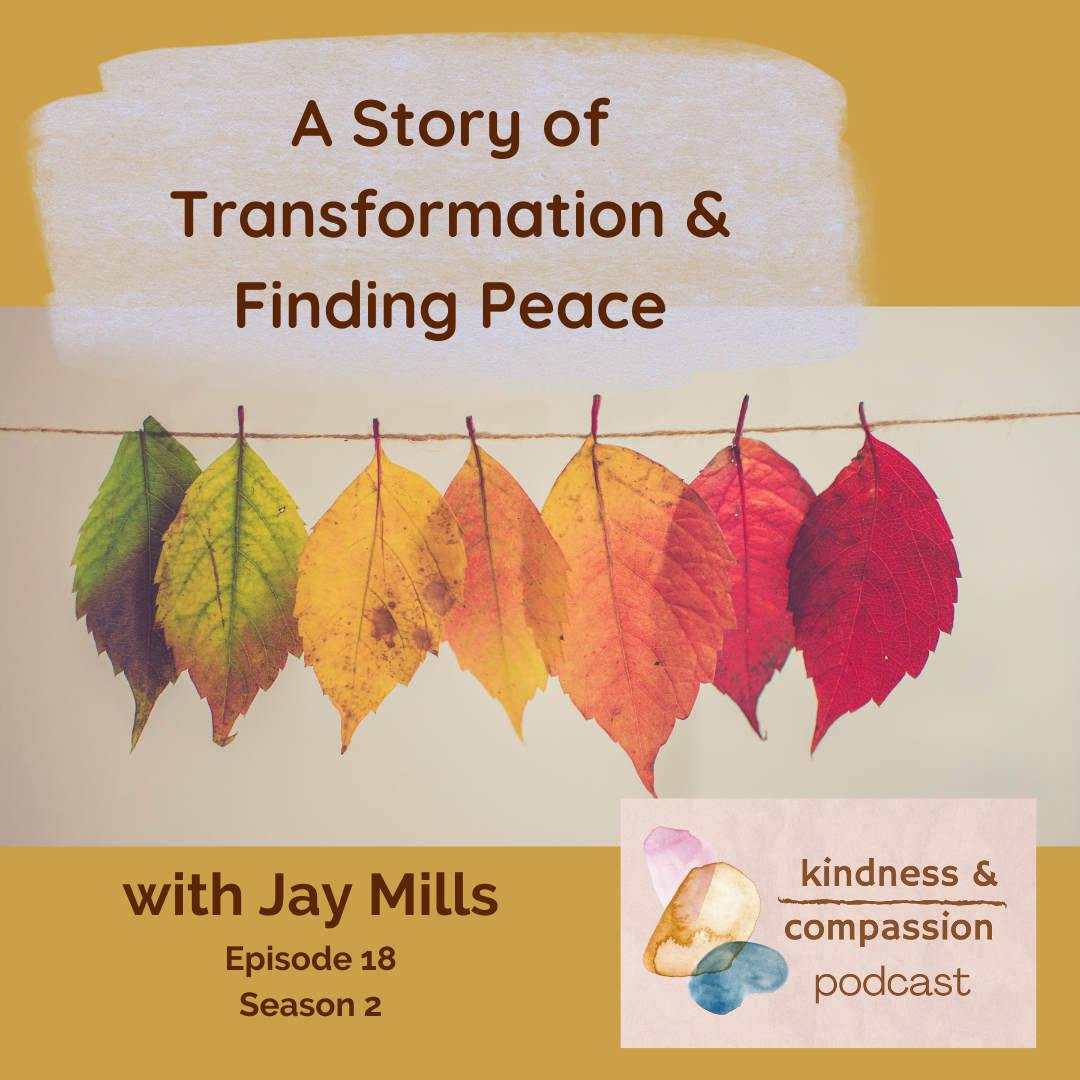 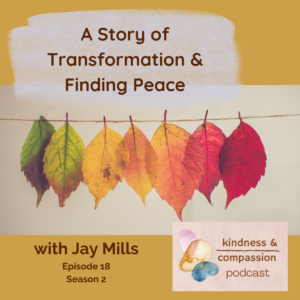 In this episode Gordon talks with The Rev. Jay Mills about his life journey of transformation and how he has changed his mind and values over the years. Jay shares how his life changed through his involvement in a 12-step program and his reconciliation with his past.  Gordon has known Jay for close to 20 years. Jay was originally one of Gordon’s priests. Gordon is currently a clergy person in the Episcopal church and Jay is retired. As Jay tells his story you will find his life is an example of kindness and compassion. 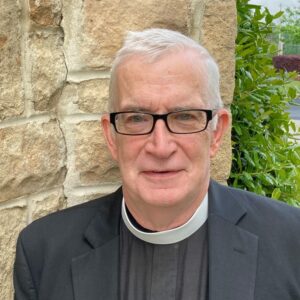 The Rev. Jay Mills was raised in a middle-class home with parents that were reasonably good parents. And I ended up getting sexually assaulted when I was 12 years old, and my life very quickly unraveled. Jay started doing drugs and alcohol heavily. He ended up being addicted very young. He was also a really angry kid with a lot of violence. He lived that way until he was about 21, where he went through a conversion through the ministries of Campus Crusade for Christ. While he does not agree with their theology now, he says “I owe them my life cause as I’ve often said, if I waited for the Episcopal Church to evangelize me, I’ve died in a drug house.

He was a camp counselor not long after that. He had an experience that where he oversaw several kids. They were in the back of his car, and they flipped off a local guy. And the guy followed him into Burger King. He wanted to fight. “I just looked at him and I said, “I can fight you. I’m a Christian.” Jay says at that moment he understood exactly what Jesus was talking about. Bless your enemies. Jesus was calling me to be a person of peace.

Understanding the virtues of humility, love, and joy, and humility have been transformative in his life. for me. In my later years was the American gun culture. He went through a lent where he didn’t carry and found it really freeing. Through that experience he ended up selling all his guns. Getting rid of them was very freeing. “There’s just too much killing going on in the United States … and Jesus really did call me to be a person of peace…”

“If the Jesus movement in which I was converted, had a dark side, it evolved very quickly into conservative politics.” He assumed that he had to partake in that “dark side”, and it didn’t fit. Jay describes himself as “a campus radical wannabe in the sixties and early seventies.” He never fit that very well and has slowly grown out of it. One of the biggest changes he made was in gay and lesbian people. Jay was reported to the head of the Integrity chapter, which was the gay and lesbian group in the Episcopal church at the time about 15 years ago now. Jay had an interchange with a parishioner who was gay. The head of the group and Jay met. At the time, Jay believed homosexuality was a sin. And despite our differences, we became friends. I was challenged during our meeting to do my research.

In seminary, Jay learned to read Hebrew and Greek. So, he did his research. And to his surprise, it changed his mind. He came to believe that we’ve been wrong about homosexuality. Those passages that report being anti-gay are not necessarily that way when read in the original Greek or when read in context or in when read with their culture in mind.

As Jay explains, the story of Sodom and Gamora is not about gay love. It’s about rape. And the lack of hospitality of the people of Sodom and Gamora. And that hospitality to this day is one of the cardinal virtues of the Middle East. And the condemnation in Romans has more to do with the worship of the god’s sibling than homosexuality. Jay had promised his friend, “If I ever changed my mind I would go to bat for them.” And he did and for several years. At the Dawson Conventions, every year he would end up speaking in favor of changing our mind about it.

The Process of Making Peace

Gordon asked Jay a Question about the process of making peace with yourself. Jay said “It’s interesting. I am. A member of a 12-step group having to do with alcohol and drugs. I was working with a sponsor and I always had a lot of anger and rage and it came through spiritually and emotionally in my ministry, unfortunately, from time to time, and he and I were working on the steps.”

Jay continues “If you don’t know the steps, the four steps you write down all the things you’ve done. Basically, the resentments you have, the things you’ve done. Eventually, you get to the people you’ve hurt in the fifth and sixth steps. And he had a dog that he’d rescued from the fights, a pit bull, and she wanted nothing to do for me.”

Jay notes “She could read all that anger and rage that I carried around in me. And at the very end of working the fourth and fifth and sixth steps, we knelt down to pray. And that dog came up and leaned up against me because unbeknownst to me, God had lifted all that rage and anger out of me. Cuz I, I, when I was a young man, I would beat people till they quit moving.”

After working through those steps and the prayer Jay expressed “And it just, it’s never been there since. It’s, God simply took it.”

Jay said he thinks the first thing to recognize is that it almost always it comes out of trauma in childhood. In that case, he usually refers them to a therapist who can really help them work with it. Another option is a 12-step group if they have an alcohol or drug addiction problem. 12-step groups are a great place, to work on all that because the steps really strip you down and make you face yourself. And you don’t carry that garbage around with you anymore. There are solutions and “you don’t have to go around mad at the world.”

“I still wrestle with the fears.” Jay was reading Richard Ross commentary on the Sermon on the Mount. The first five chapters are the historical background to the Ministry of Jesus. He said he’s got a list of things he affirms. One of those is that God is on your side. One of the later ones is that everything is heading somewhere good. Ross makes the comment that the world is a safe place. Jay said “And I semi-believe that. I also believe that it could be a very dangerous place. And that’s where the promises of the call of Jesus to love those who persecute you to love your enemies. Where the rubber really meets the. I don’t want to have someone slap me on the face and have to turn the other cheek.”

Jay continues, “I fear it. But I, but that’s what I’m called to. And ultimately I’ve found whatever traumatic things happen to me, God uses them as gifts for serving other people in the end. So, I can face the fears with a certain amount of hope that God will do something good.”

In the AA and NA and other 12-step groups, the premise is that if you’re going to get sobriety, you’re going to have to give it away and help other people and help other people in other ways besides just. Self-centered fears are at the core of all the stuff that drives us. Jay says he was one of the “baddest guys on the block” as a young adolescent and early 20-year-old and was scared all the time. “Nobody knew it and I couldn’t afford to help other people. I can now, I can learn to go beyond myself, and my self-centered fears, and reach out.”
Ways to live with more compassion and Kindness

Jay wants us to practice kindness towards ourselves. The kind of kindness that God practices. Jay thinks an awful lot of American religion sees God as an ogre waiting to swat them down. “I just don’t believe that God is revealed except in a few places in the Bible that I just don’t pay attention to.” Actually, there’s a saying in the 12-step programs, “Fake it till you make it.” Act compassionate until you feel compassionate. There are actions that drive our feelings, not the other way around. When we’re stuck in fear-based stuff, our feelings drive our actions. But to learn to act first and let the feelings follow, which Jay says is vital.

Another way to live with compassion and kindness is to avoid isolation. Because our minds can conjure up all kinds of fears and self-doubt that have no connection to reality whatsoever. And then we can get stuck in ourselves and lose the compassion and mercy that we are called to live.

“Where religion is important, where Christianity and all of that is that there’s an, there’s a different way of living into it, of understanding.
And anytime you see the words “belief in, I believe or belief in” in the New Testament, read the word “trust” and it’ll completely revolutionize how you read the New Testament.

Although officially “retired” Jay is currently serving as an Associate Rector at St. Margaret’s Episcopal Church in Waxhaw, NC.  Jay helps with pastoral care and still enjoys teaching, Biblical research, and occasional fly fishing.  He and his wife Karen have two adult children,  and 5 grandchildren.