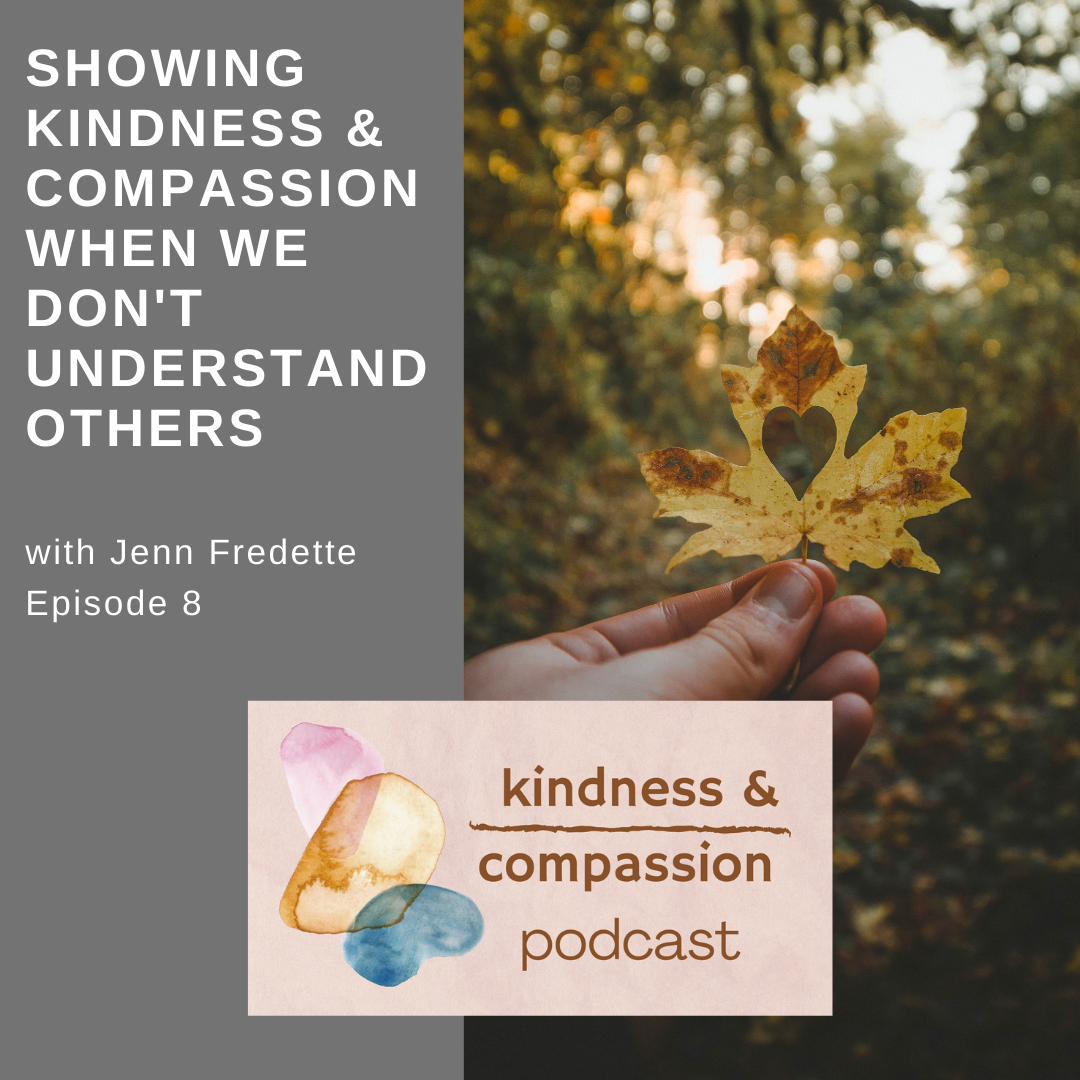 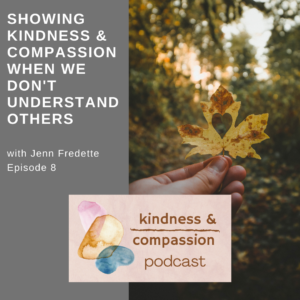 In this episode Gordon talks with Jenn Fredette, LPC, MA, MDiv, about being vulnerable, being human and coping with people we just don’t agree with.  Jenn shares her experience of having come from a very conservative religious background (“cult”) and the ways in which she has grown and healed since then.  Jenn and Gordon also talk about how being present with and for people is an act of kindness and compassion.

Jenn’s journey with others is to develop a deep understanding of themselves and the world around them.  She is passionate about connecting the curious and brave with therapeutic guides who can lead the way into the wild adventure of self-knowledge.

As a former minister, practicing psychotherapist, adjunct graduate professor, and host of “A Thinker’s Guide to…Podcast”, Jenn brings a wealth of knowledge and experience in translating the profound into everyday language. Learn more at therapyforthinkers.com or follow her on Instagram at @athinkersguide.

Growing Up With Limits

Jenn shares some of her experience in growing up in what she refers to as a religious cult.  She talks about how she was taught in very subtle ways how to think.  In particular, that the outside world was evil and that her community was the only conclave of “the good ones”.

Also in growing up, Jenn was taught that showing “kindness” was in convincing  others to see things the way that her community did. “If you will just come and agree with me, then your life will be better”.  In other words, converting them.  It was a viewpoint of getting people to think in a certain way without allowing them to have their own viewpoint.

Seeing Things From the Other’s Perspective

In many ways it is tough to be able to see things from another’s perspective, especially if we don’t agree with them.  Jenn shares some of her experience when she was working in community mental health and was a new counselor.  Her supervisor at the time said, “Jenn always treat people with kindness and compassion, and at the same time, don’t take anyone’s ‘shit’”.  In other words, it is important to set clear and healthy boundaries with people.

Jenn and Gordon reflect on the current war happening in Ukraine and how difficult it is to understand why Putin and Russia are doing what they are doing.  Jenn reminds us that even though we need to stand up to the abuse and bad behavior of others, we need to be mindful of the opposition’s humanity. We don’t need to demonize the other.

Jenn also calls into question some of her own internal struggle with how we show compassion for people that are much different from ourselves.  She is very honest about the fact that it is easy for her to show compassion for the refugees from Ukraine since they look so much like her.  And at the same time she struggles with the fact that when similar things were happening in Syria, a few years back, the level of compassion was not quite as intense. And this was because it was a different culture with different looking people.  She finds this internal struggle troubling. The important thing though is to simply acknowledge this internal struggle and continue to work on it.

Jenn brings up the metaphor of David and Goliath story and how we want to identify with the David of the story; the underdog.  But what is sometimes difficult is to recognize when we are actually in the role of Goliath.  When we are in fact the giant that is oppressing those that are less powerful, we need to be aware.  In order to live into kindness and compassion we need to be mindful of these times and situations.

Jenn shares a story that happened recently for her, when her husband got sick and had to go to the hospital. Jenn was stuck at home with their newborn baby and was feeling very much isolated and concerned.  Even though they had recently moved to a new home and new community, she found out that she did have some support.

A friend offered to come and stay with the baby while she went to the hospital.  And what was so kind for Jenn was the fact that the friend recognized Jenn’s nervousness about leaving her baby with a new person.  The friend called on the way to her house to find out what she needed to know about their baby, so that Jenn could leave for the hospital right away.  And even though this was a small thing, Jenn experienced it as incredibly kind.  Her friend anticipates what it might have been like for Jenn.

Getting Curious With Others

Ultimately, one of the best ways to show kindness and compassion with others is to simply get curious about how others see the world and what their lens of the world is like.  It is also important to try and anticipate the needs of others and respond based on those needs.

Being Present With People

Gordon tells the story of what it means to simply be present with people.  It was a story about a college professor who was visiting at the death of a friend and going to the funeral home.  The professor talked about simply sitting with the widow of the person who had died without really saying anything. Then when he left, he simply said, “When you need me you know where I am”.  The widow said that of all that was said during her husband’s funeral, that was the most helpful.

Again, simply being with and present with others is one of the best ways to show kindness and compassion.

Throughout the ups and downs of life we will all encounter people and situations that we find difficult to understand or agree with.  The key though to overcoming and dealing with these times is to do our best to put ourselves in the other’s shoes.  And at the same time, it is okay to set boundaries and limits to bad behavior; “not take any shit”.  We can still always show kindness do our best to be present with others.